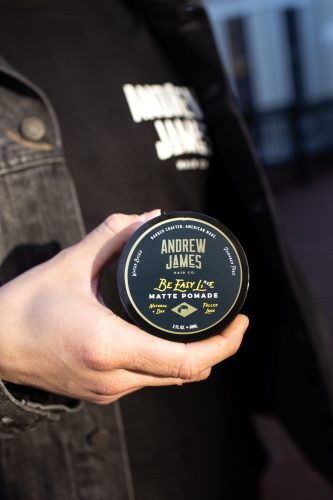 To understand what must be in pomade, it’s important to define the term.

Pomade is simply a men’s hairstyling product that aims to create a firm, shiny, rich, and long-lasting hold. Pomade has been around for centuries.

It was invented to offer styling benefits that lasted longer than typical hair sprays and gels. The best pomade today can offer results that offer a firmer hold, shinier and fuller hair for an entire day.

Pomade Ingredients in the Past and Today

Initially, (back in the 8th century), pomade was made using bear lard as the main ingredient. Fast-forward to the 20th century, the recipe had evolved to include three main ingredients, namely beeswax, lard, and petroleum.

Some pomades have substituted some ingredients like lard with other more effective ingredients. Beeswax is also common in pomade, although some products have other substitutes. So, what’s in the best pomade on sale today?

There are two main types of pomade i.e., oil-based or water-soluble pomades. Modern pomades tend to be water-based but with other added ingredients to compensate for oil-based benefits such as long-lasting application.

Water-based pomades are preferable today because they are easy to remove. They don’t leave residue, which is hard to wash out. They are largely water-based but tend to offer all the benefits of oil-based pomades, from offering a firm hold to a shiny richer appearance.

Wax is another common ingredient in the best pomade on sale today. Traditionally, beeswax was the main wax. However, some pomades have substituted this vital ingredient with other types of wax i.e., castor wax. The role of beeswax in pomade has been studied widely.

According to research, beeswax moisturizes the hair and holds it firmly in place. It also offers sealant benefits by repelling dirt and grime. Other benefits include smoothening and straightening hair. Research studies also show that beeswax soothes the scalp preventing problems like dandruff.

Castor wax has a higher melting point than beeswax, meaning it will work better under higher temperatures. It’s also slicker, shinier, and less sticky when cool making it better for styling and application. Other notable alternatives of beeswax to watch out for include carnauba wax extracted from palm trees and known to have a great hold.

The best pomades with beeswax play around with the quantities in relation to other wax. You may find a combination of beeswax and another wax to achieve a unique blend. All-in-all, pomades need wax to perform their primary function of holding hairstyles firmly and offering a shiny, sleek look.

The best pomade needs to have ingredients mixed together perfectly. Since oil and water don’t mix, there is a need for a natural solvent. Natural solvents like Ceteareth 20 made by reducing natural waxes and plant oils are common in the most popular pomades out there because they are natural and effective with oil-in-water emulsions.

What’s more, ceteareth-20 enhances penetration naturally, allowing pomade to get deep into the skin and offer superior benefits like moisturization.

IV. Natural Moisturizer (such as Glycerin)

Glycerin is another important ingredient in the best men’s pomade. Glycerin occurs naturally. It is derived from animal fats or vegetable oils. Glycerin’s benefits have been tested and proven. It is a common treatment for dry, scaly, and itchy skin/scalp. Glycerin works by forming a protective layer on top of dry skin, reducing water loss and irritation.

Other notable natural moisturizers to watch out for in the ingredients list include hydrogenated castor oil (Peg-40) and ethyl macadamiate, which work by trapping moisture and keeping the scalp soft and comfortable.

Pomade ingredients need to be stabilized. The best formulations are also thick, resulting in a solid product that eliminates the need for synthetic/chemical preservatives and unnecessary packaging. Peg-7 is a notable superior natural emulsifier to look out for. It is made from coconut oil resulting in emulsification benefits, among other benefits.

Lastly, the best pomade also needs an organic preservative to keep it safe, effective, and usable over long periods. Popular organic preservatives to look out for include Dmdm Hydantoin and Methylchloroisothiazolinone. Considering all the all-natural ingredients in the most effective pomades today, there is a need to have a natural preservative that will prolong the shelf life.

You might also like
One of the following
How Do Men Get Shiny Hair?
Which Hair Product Is Good For Men?
Men’s Clay Pomade

Why Does My New Tattoo Look Blurry?

How Does Tattoo Oil Work? Differences With Regular Oil

Login to Andrew James Hair
Reset Password
Enter the username or e-mail you used in your profile. A password reset link will be sent to you by email.